Marx said, “History repeats itself, first as tragedy, then as farce.” The disquieting theme of Austerlitz is that in our epoch, history – no matter how tragic – tends to repeat itself as tourism. Loznitsa offers a sobering vision of how even a World War II concentration camp like Sachsenhausen can essentially become a theme park, leaving the realities of history and suffering obscured rather than available for understanding. As the crowd pours in through the front gate, many stop to take photos, including the obligatory selfies.

Austerlitz consists of a series of extended takes filmed with mostly hidden cameras. We are quick to dismiss these people, but after all, Loznitsa is only showing us ourselves. (Jonathan Romney) 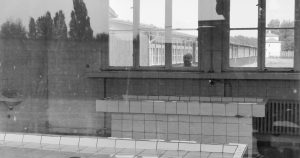 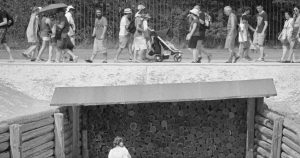 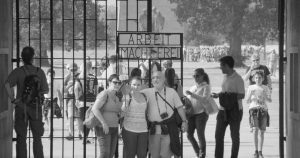